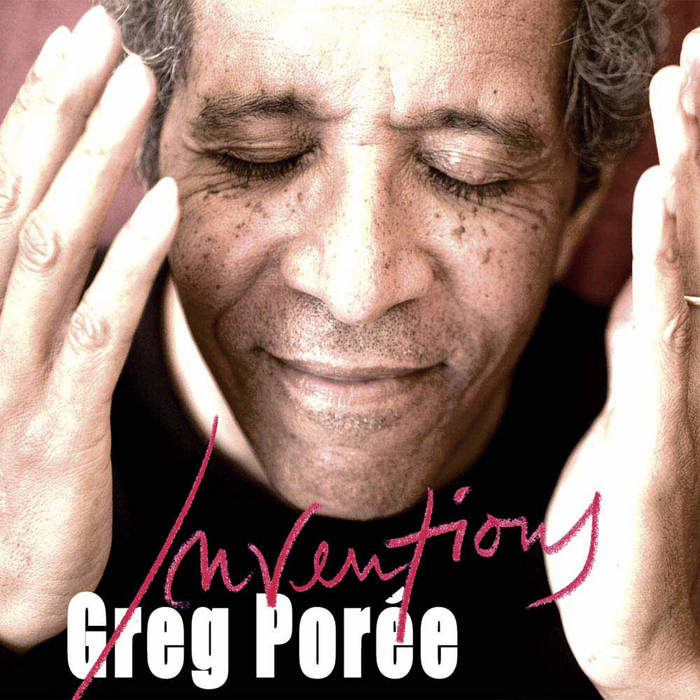 Inventions is a sophisticated and world-class album, with the best players that never loses sight of the creative, fun and improvisational side of jazz.


Crossover Jazz with a Brain

"As a veteran guitarist who has appeared on countless R&B albums since the late 1960s, and some pop and rock albums as well along the way, Greg Porée has a very long résumé as a session player. But Porée’s own album, Inventions, contains something that people who are familiar with his R&B background may not expect from him: instrumental jazz.

Granted, Inventions is not straight-ahead acoustic jazz, nor is it hard bop, cool jazz, swing, Dixieland or post-bop. This is a crossover album that combines jazz with elements of pop and R&B as well as world music. At the same time, Inventions has too much substance, too much improvisation and too much spontaneity to be lumped in with all the mind-numbing “elevator muzak” that so-called “smooth jazz” or NAC (new adult contemporary) stations are known for playing.

While Porée is going for accessibility, he isn’t offering fluff or pandering to the lowest common denominator. Inventions is crossover jazz with a brain.

One thing that speaks volumes about this mostly instrumental album is the fact that electric keyboardist Patrice Rushen, who Porée features on some of the tracks, has plenty of room to stretch out and solo. In the R&B world, Rushen is best known for vocal hits such as 1982’s “Forget-Me-Nots,” 1980’s “Never Gonna Give You Up,” and 1979’s “Haven’t You Heard.” But Rushen was a jazz instrumentalist before she became an R&B singer, and her presence is a definite plus on Porée instrumentals that include the Brazilian-flavored “Evidence” (not to be confused with the Thelonious Monk standard), the ethereal “Traveler” and the Latin-tinged, gently funky opener “Bring It On.”
Another noteworthy soloist on Inventions is violinist Paul Cartwright, whose solos show an awareness of jazz violinists ranging from gypsy jazz icon and Django Reinhardt ally Stéphane Grappelli to fusionist Jean-Luc Ponty. But Porée, of course, is the main soloist, and his guitar playing is quite lyrical and melodic throughout Inventions, and never saccharine or mushy.

The world music influence is prominent on Inventions. “Fernando” has a strong Afro-Cuban/salsa flavor, while “A Medianoche” (which means “At Midnight” in Spanish) is clearly mindful of Argentinean tango. Some of “A Medianoche’s” tango appeal comes from accordion player Nick Ariondo, who plays the instrument in a bandoneón-like fashion (the bandoneón, which sounds a lot like an accordion, has played a prominent role in tango and is associated with tango masters like Aníbal Troilo and Astor Piazzolla). And Ariondo is also featured on the equally tango-ish “Genesee.” Meanwhile, the smoky “In Time for Spring,” which features singer Frances Livings, manages to draw on tango and Brazilian music simultaneously.

With Inventions, Porée has an album that will be too crossover and too pop-minded for jazz purists and bop snobs but too improvisatory for NAC or “smooth jazz” radio stations. Does that present problems for the guitarist from a marketing standpoint? Not necessarily. There are many jazz listeners out there who don’t care for Kenny G or Richard Elliott at all but aren’t so purist or doctrinaire in their thinking that they can’t appreciate Joe Sample, Lonnie Liston Smith, David Sanborn, the Crusaders or the late Grover Washington, Jr. Typically, listeners who fit that description will cite Sample’s Carmel, Smith’s Loveland and Washington’s Winelight as examples of crossover jazz albums that have integrity, and there is no reason why someone who owns a copy of Carmel or Winelight wouldn’t be able to get into this album as well. The crossover-with-integrity outlook yields memorable results on Inventions."

My music is roots music in the sense that simple melodies are the key, woven into rich fabrics of harmony and rhythm. ~ Greg Porée

Bandcamp Daily  your guide to the world of Bandcamp